END_OF_DOCUMENT_TOKEN_TO_BE_REPLACED

In 2011, for example, Tibi’s very important Islamism and Islam was published by Yale University Press, but it received scant attention in the general-interest reviews, in public discussion, or within the Obama administration. Yet whether Obama knew better or whether he was so much a product of the politically correct academy that he actually thought that the Islamic State had nothing to do with Islam …

In the case of Islamism, the religionization of politics means the promotion of a political order that is believed to emanate from the will of Allah and is not based on popular sovereignty. Islam itself does not do this. As a faith, cult, and ethical framework, it implies certain political values but does not presuppose a particular order of government.

„To be sure, Islamic law was not enforced everywhere, every time; as in many other legal system, expediency, necessity, favoritism, bribery, inefficiency, politics, and other factors could alter an outcome. But the plain fact is that Islamic law in medieval Spain imposed humiliating conditions on Christian dhimmis to ensure that absolute power remained in the proper hands.‟[note]Darío Fernández-Morera: The Myth of the Andalusian Paradise. Muslims, Christians, and Jews under Islamic Rule in Medieval Spain. Wilmington/ Delaware 2016, S. 209.[/note]

Time and again I happen to come across a book which is not only timely and well-written but a real gem of erudition and virtuosity. Such a book is “Ancient Religions, Modern Politics,” written by Princeton’s Michael Cook. It certainly is a work of major importance for everyone who wants to understand why the Islamic world suffers from an incessant instability and repression.

Cook aspires to examine the political dimension of Islam and he sets the bars very high when he does so in comparison with Christianity in general, Latin American Catholicism in particular, and  finally with Hinduism. And he comes out with surprising findings without falling into the trap of essentialism.

Islam, says Cook, has a clear concept of territoriality (the concept of dār al-Islām) but doesn’t focus on specific borderlines. (69) That leaves room for a number of political concepts including those of expansion. Western intellectuals may not want to hear this but according to Cook there is no doubt: “The historical salience of warfare against unbelievers in the career of the founder was thus written into the foundational texts.” (221) No less than 65 military campaigns were led by Muḥammad himself which in itself may be telling. (390)

Of course, heritage is no mechanism that compels people to carry out specific actions. But we would jump to conclusions if we absolved it from any influence on behavior:  “[…] no heritage is a reliable predictor of the behavior of those who inherit it, but just as surely heritages are not interchangeable.” (248) Which is to say that people do resort to resources of their own heritage if they seek to justify certain activities and when these resources allow violence there will always be people to make use of it.

Contrary to popular wisdom that all religions have the same share of resources which  justify violence, Cook demonstrates that this is a myth. Although there are cases of violence in the name of Hinduism they run counter to Hinduism’s own law of non-violence. Therefore, killing non-Hindus is not compliant with its tradition in whatever interpretation or school of thought. Today, Hindus can accuse Islam of intolerance without having to accept a likewise accusation. (234, 239)

Another of Islam’s predicaments is the law. Since sharia is based on the conviction that it is made by God and superior to any form of human law (277) Islamic jurists were always very inventive in their interpretations but never dared to add new principles into the legislative corpus. In best case, there was some coexistence with human rulings. But any step beyond was inhibited for lack of authority. (278-9)

This explains the Ottoman caveats against humans laws (274-5) and also customary law has always been a competitor of the sharia. (276) If you think that this is the case in all systems of faith, think again. It surely is in contrast to the Christian culture where “Christianity did not aspire to monopolize the domain of law in the way that Islam did.” (300) Hence, law can be for Christians a banal objective but not for Islam. (304)

Islam also differs from other religions by the fact that “Christians have no law to restore, while Hindus do have one but show little interest in restoring it. It is only in the Islamic case that there is both the will and the way.” (308) So, how about founding democracy on the basis of Islam? Following Cook, this is not out of imagination but rather a risky venture since “[l]iberty in the sense of political freedom is not a value enshrined in the Islamic religious tradition […]. Egalitarianism bulks much larger in the Islamic tradition.” (321, cf. 334)

Although egalitarianism is a keyword of early Islam, it did not include women, slaves and infidels “which does not play well in today’s world.” (390) In a moody style Cook concludes that „alongside the edifying activitis of al-Qāʿida, the Ṭālibān, the Chechens, and the Palestinians, we have to endure nitwits who shoot up a congregation in a mosque in the Sudan, or blow up a Shīʿite mosque in a Pakistani village […].“ (365)

Which leads us to the next point: In stark contrast to Islam, Hinduism has little to offer which could be called fundamentalism. (413) Even for the Hindu nationalists “fundamentalism would be an inept strategy.” (428) More than that, “[d]espite the occasional appearance of the term ‘Hindu fundamentalism,’ there is no such thing in India today.” (429)

Hindu nationalists can pray to “Mother India” albeit a goddess not even rooted in Hinduism and a modern invention while the Islamists are inhibited from such a step that would be regarded as bidʿa, an illegitimate innovation. Only the Sufis and the Imamite Shia are able to keep with the Hindus in this aspect but both are far away from constituting some sort of mainstream. (426-7)  What is much more prevalent in the Islamic World is “[t]he politics of Islamic social values” which next to nothing parallels in the non-Muslim world. (446)

These social values may be behind a tendency which is at odds with Western concepts of pluralism. As a matter of fact, “[…] polls in several Muslim countries show majorities supporting the idea of a caliphal restoration or at least of uniting all Muslim countries into a single Islamic state.” (326) Although fundamentalism is not the necessary outcome of being a devout Muslim Cook is convinced that “the overlap between fundamentalism and modernism is greatest in the Islamic case.” Even worse, “this affinity is reinforced by another overlap, that between fundamentalism and conservatism. Here, too, a tendency to fundamentalism works best in the Islamic context.” (441)

The foremost target of this thinking is the Jewish state: “The Jews were intimate enemies at the beginning of Islam […].” Today they are enemies again, in between they were no more than a harmless diaspora community: “Here fundamentalism helps to close the gap.” (387-8) Other faiths lack this kind of militant fundamentalism with the possible exception of Sikhism but “[b]oth militant Sikhism and Hindu nationalism took shape in the shadow of Islam, and both were clearly in the business of emulating Muslims.” (446-7)

How bleak, then, are Islam’s prospects? Southeast Asia and East Asia have clinged to conservatism for a long period of time before they gave up on it in favour of modernism. While some decades ago “the Muslim world did not seem to diverge very much from the rest of the non-Western world” it now has become “sufficienly salient among a variety of Muslim populations across the globe” that it is the Muslim World which constitutes “a large and conspicuous exception to the normal pattern.” Cook connects this to the “character of the Islamic heritage.” (440-1)

Since these statements run contrary to the dogmas of the Saidian school (“Islam explains nothing”) which is so dominant in Western departments of Middle Eastern Studies they will not remain undisputed (rather be ignored). In any case, the book is an important contribution to the discussion of the future of Islam in a modernizing world. 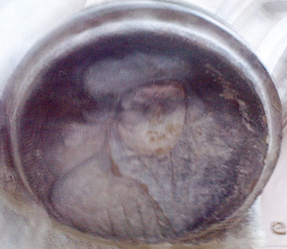